Here at Parenting Rights Institute there are no divided loyalties. We are beholden to no bar association or government agency for funding. We are dedicated to moms, dads and families exploited by a court system that is harming parent-child relations worse than ever before. To be sure, parenting rights are being eroded each day with very little notice. It is becoming the silent epidemic of our time suppressed by powerful special interests.

You don’t know it when you first consider a lawyer or court filing to promote your rights. But all too often, once you are in the system, you may never get out, or you may lose so much along the way. We are here to chart a saving course of action no matter how large or small your ordeal. As parental advocates, our aim is to stop abuses even if it means coming into your court and monitoring proceedings. No one else in America is doing this. Despite the censorship of our activities, we let our achievements do the talking.

In the end these courts are taking control over our child rearing authority through needless orders and conflicts created by third party beneficiaries of this lucrative system. Over time, after they all get done profiting off the misfortunes, you may be reduced to a mere visitor in your children’s lives, an expendable parent that your offspring no longer respects. And that leads to social, educational, moral and workplace dysfunction at the core of America’s problems today. So check us out. We are truly here for you. 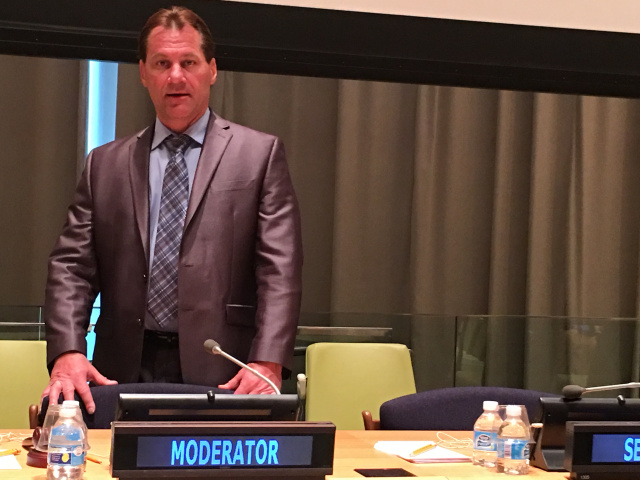 The Parenting Rights Institute (PRI) was founded in 2010 as an advocacy group for moms, dads and families victimized by abusive divorce and family courts across the country. An office was opened in New York with a Court Program to assist poorly represented or self represented parties. Our work since then has expanded across America with conferences in such places as the Plaza Hotel in Manhattan, Congressional Ballroom near the Capitol building in Washington and Radisson Hotel in upstate New York. These conferences have featured diverse experts in divorce and family law. In 2019, we sponsored a three-day lobby initiative in our nation's capital seeking a federal investigation of funding abuses and human rights violations in these courts.

About Our Director, Dr. Leon Koziol

Leon R. Koziol, J.D. is a lawyer placement consultant for intellectual property firms. He has established IP Confidential, an entity limited to addressing the highly sensitive employment interests of diverse professionals with a focus on patents. He is also a civil rights advocate who practiced law in federal and state courts until 2010 after more than 23 unblemished years. Self-trained, he generated a perfect record of acquittals in politically motivated criminal cases.

Dr. Koziol appeared on the CBS program 60 Minutes, front page of the New York Times and other major media. His candidacy for Congress was a headline story in 2006. After years of complex litigation against high profile firms, he secured judgment in New York Supreme Court invalidating a billion dollar casino compact. In 2012, he expanded the Parenting Rights Institute into a nationwide judicial watchdog group. He has traveled to Paris and across the country advocating for human rights while submitting reports to oversight committees and the Justice Department.

In education, a Juris Doctor degree was conferred by Northern Illinois University, College of Law with an award from the American Bar Association in State and Local Government. Leon received a Bachelor of Professional Studies degree from the State University of New York, College of Technology. He then joined the management team of a Fortune 500 manufacturer, later serving as a corporation counsel, school attorney and city councilman with a focus on risk management. His 2014 book, Voyage to Armageddon, focuses on domestic nuclear terrorism.

Dr. Koziol exposed misconduct at all levels of government, making him a predictable target of retribution. His ordeal reads like a John Grisham story. Invited to testify before a “dream team” of experts at the Moreland Commission on Public Corruption, he recommended dissolution of the state’s Judicial Conduct Commission due to a public perception of accountability but a record of neglecting misconduct of higher judges convicted by federal authorities. Instead the Corruption Commission was prematurely dissolved when evidence began implicating top state leaders.

Undaunted, another speaker, federal prosecutor Preet Bharara, secured Commission files resulting in the convictions of legislative leaders on bribery charges. Those convictions have implicated law firms, judges and millions of dollars in misappropriated public money. Similarly undaunted, Dr. Koziol pressed on with court reform despite a witch hunt carried out by ethics lawyers to suppress and discredit his reports. They were later allowed to resign from their court appointed positions for falsifying time sheets. No public charges, ethical or criminal, were ever brought against them. These are the standard-bearers of lawyer ethics charged with the duty of protecting you from over-billing practices.