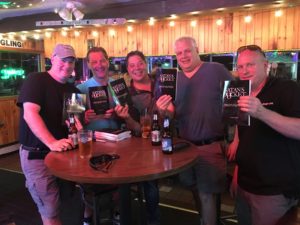 Over the past month, I have embarked upon an advertising campaign in upstate New York to overcome widespread censorship of family court corruption. Let’s face it, mainstream media is not exposing this epidemic, so, as good Americans, we must do so on our own. You should consider doing this in your own city or town.

It has become an epidemic which is harming our families, health, workplaces and moral fiber as a nation. A single half page advertisement for my new book, Satan’s Docket, resulted in a flurry of calls to local media according to reliable sources. The public is demanding an investigative report and exposure of the real issues which two family judge candidates are ignoring or covering up.
And that was before a full page advertisement which I sponsored today entitled: Is Family Court Becoming A Ponzi Operation? At first blush, the question appears extreme because we are led to believe that courts are very high places and their judges have reputations “beyond reproach.”

Indeed that is what lawyers claimed after chastising me for filing a motion for disqualification of my custody judge, Bryan Hedges. That motion was based on a federal lawsuit by his chief family clerk resulting in a $600,000 recovery for her refusal to engage in “political espionage,” (Morin v Tormey). The chastising ended months later when the same judge resigned for sexual abuse on his handicapped five year old niece. As an adult she called to commend my reform efforts.

These and other horror stories are itemized in my advertisement series this month and detailed in my book available at www.parentingrightsinstitute.com. That book has been sent to media contacts as far away as Paris and California. A major news organization in Manhattan has e-mailed me with an interest in a potential documentary. As fellow parents and court victims, we need to do the same in communities across the country.

At present there is no protection for judicial whistleblowers like me. Judges and ethics lawyers (who resigned in my case for falsifying their time sheets) have been relentless in their retaliation. Serial rulings against me have gone to unconscionable extremes to discredit my public message after 23 years as an unblemished civil rights lawyer and ten years as a model parent. In my book I have compared their shameless onslaught to a Rodney King beating with the fists and batons replaced by orders and edicts.
If you are interested in genuine reform, log on to the Parenting Rights Institute website where our ten year efforts and services are detailed.