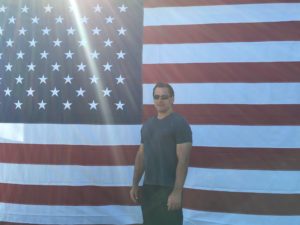 There are a million reasons for people to be angry with our government but not a single one to disrespect the American flag. The NFL owners, players and coaches now engaged in some perverted form of “attention” during the National Anthem are not doing their “cause” any good, whatever that cause may be. Do we even know what it is after the various reasons cited since that ex-quarterback from San Francisco got this all started? I have already forgotten his name and his manifesto.

There are, however, a million reasons to stand respectfully and individually during all national anthems. First and foremost, the flag is not so much a respect for our government as it is for our people, those who served our country in foreign wars, those at home who risk their lives each day in the line of duty, and those everywhere who built this great nation. The flag is a symbol of our ideals. We’re not perfect, we never claimed to be, but we have come closest to that impossible goal than any society in history.
I no longer think of football on Sundays. I think of other events and other days like 9-11 when first responders sacrificed their lives in the service of our people and our flag. I think of the day when soldiers died at Iwo Jima while hoisting that same flag in the line of fire. I think of the day when our national anthem was composed by a 35 year old lawyer, Francis Scott Key, during the British naval attack on Baltimore. The list goes on.

If anyone has reason to protest our government, it’s certainly not the NFL owners, players and coaches who have raked in millions of dollars on the backs of our hard-working fans. If anyone has reason to protest, that would be me, a civil rights attorney whose government destroyed my career, reputation and parent-child relationships for exposing corruption in our divorce and family courts. Yet I will always stand during our National Anthem out of respect for my fellow Americans, past and present.