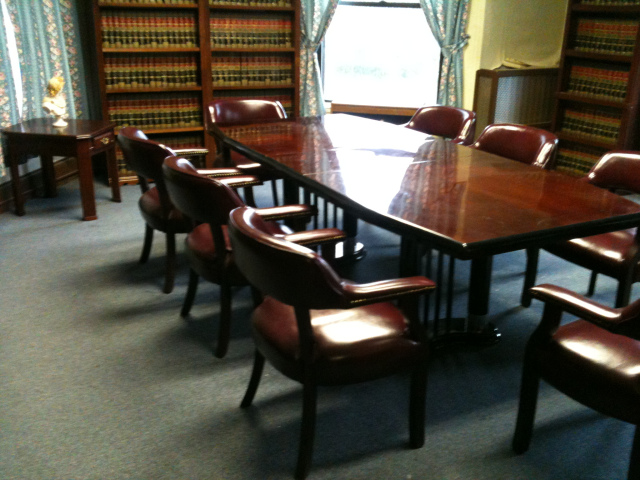 Regardless where you reside or your case may be pending, we provide referrals for the most effective advocacy or expert assistance for your family matter. We are committed to protecting your interests in any divorce, custody or support case. We will research your area for the best referral and return on your dollar. When we make the right connection, we then monitor progress so that your lawyer or expert is acting in your best interests.

We also offer mediation assistance for quick resolution of conflicts that can save your many thousands of dollars and suffering. Why rely upon a so-call;ed “expert” with little or no actual court experience to close the deal? The obvious benefit here is that any person referred by us will give your concerns greater attention because he or she is being scrutinized by an advocate with nearly 30 years of trial and appellate experience.

2008 Television clip of Dr. Leon Koziol’s accomplishments as a trial attorney prior to creating the Parenting Rights Institute as its Director.

We are living in an increasingly litigious society. There are over 300,000 lawyers in New York and California alone with as many attorney candidates as there are those in practice across the United States. That’s a lot of lawyers seeking work. But in divorce and family court the participants are creating their own employment at your expense through needless, lucrative and contrived controversy that has generated no accountability.

Everyone is adversely impacted, from the innocent child to diverse employers who suffer the health and productivity consequences in the workforce. It is truly a silent epidemic suppressed by bar associations everywhere. You need to learn more about it, identify the issues as they affect you and improve the condition of your home, family, workplace and community. You need to sponsor Dr. Leon Koziol, Director of Parenting Rights Institute, for a speaking engagement or consultant for your organization or personnel department.

Here you get the real deal. They have done everything they could to censor this vital reform message and yet Dr. Koziol has persevered. Together with fellow consultants and staff we offer non-lawyer services to a variety of persons and entities. Church groups can gain immeasurable insights. Our professional background is detailed elsewhere on this site together with our services that include investigation and research of court corruption.

Dr. Koziol brings together a diverse and accomplished background for your benefit. As a published author, he has provided valuable writing and editing services for those who wish to share their ordeals with the world. A Court Program was developed over a period of years to assist others contemplating or already engaged in litigation. It is designed to avoid costly disputes and is available on this site as well.

Mediation services and litigation alternatives are highly recommended. If we cannot do it we will recommend a party near you. Such unique assistance is provided to victims of the court process because lawyers are not inclined to do so out of a fear of professional retribution. Such fears are understandable based on Dr. Koziol’s experiences after 23 unblemished years of practice in federal and state courts.

Therefore, he and his associates are able to develop strategies to suit victims from around the country. Tell us your issues and objectives, and we can provide a course of action based on many years of professional writing, drafting, lobbying, trial and appellate court experience. Often times, parents who choose our services include their lawyers in our strategy sessions.

We have helped organize rallies, conferences and parenting conventions while joining those who seek reform through network publicity and website development. Each case calls for a different approach using a wide range of proven or creative means. Call our office for a free consultation at (315) 380-3420 or Leon direct at (315) 796-4000. 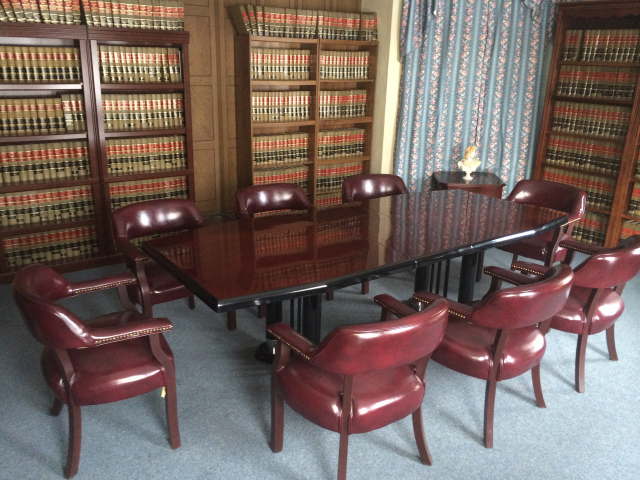 NO ONE IN THE COUNTRY IS DOING THIS

Welcome to an extraordinary opportunity to obtain justice.

Let’s face it, mainstream media is ignoring widespread corruption in our nation’s divorce and family courts. That’s because bar associations across America are suppressing a trillion dollar industry that is increasingly exploiting our children. Tremendous harm has resulted as evidenced throughout today’s society. So as parents, we have a duty to command our own destinies with documentaries published through secondary and social media. Here at Parenting Rights Institute, we are having remarkable success.

Anyone can slap together a home video and throw it up on You-Tube. But without expertise connected to it, why waste time. Such a video could do more harm than good. Even professional programs with major media can fall short of an ideal product because the sponsors or anchors are unfamiliar with these courts. Time and again we have seen shows that promote the propaganda of the child “experts” who have never had children of their own as they profit from our misfortunes.

Here we do much more through follow-up and professional reports. Dr. Leon Koziol has been featured on 60 Minutes, front page of the New York Times, CNN and other major news organizations. You can look it up on his website media page at http://www.leonkoziol.com. So he certainly has the expertise to do it right and in a way that meets your needs because he is a parent, legal expert and victim of the same system. He knows how it really operates. That is why he founded the Parenting Rights Institute.

For the past 30 years, Dr. Koziol and his staff have brought major lawsuits against government, corruption cases against judges, malpractice actions against lawyers and precedent seeking cases docketed by the United States Supreme Court in response to an anti-filing order. In May, 2016 he obtained a state Supreme Court order resulting in the removal of a family court gag order. Despite all First Amendment suppression, he perseveres in the citizen challenges for preserving our constitutional rights.

No one else has proven to be so talented and tenacious. If there is a will, there is a way, and together we strive for success. He has sponsored parenting conventions upon reviewing countless cases of government corruption. In 2005, Dr. Koziol secured final judgment in New York Supreme Court invalidating a billion dollar gaming compact of the Oneida Turning Stone Casino, largest in the state. There were also large recoveries for other victims. A sampling of achievements can be found on our Background Page.

More recently Dr. Koziol’s skills have been applied exclusively to assist moms and dads victimized in divorce and family courts. He has traveled as far away as Hawaii, San Francisco, Nashville, Washington, Philadelphia, even Paris, France performing investigations. His work was then incorporated into formal reports and video documentaries for submission to media, public agencies and government watchdog groups. We file FOIL requests and court inquiries to disclose what is really going on with your case. Leon has also published three books.

We begin our assignments with an inquiry at no charge from a victimized parent, grandparent or family member. An estimate for services and expenses is provided. Next we receive electronic and paper records to be reviewed. As a defamation expert, Leon will not expose himself to libelous reports, yet another benefit for you. We follow with a trip to your community to get a critical assessment of the environment. That trip is concluded with a video interview and options for a more comprehensive documentary if warranted.

You are in command of the options insofar as a given case may prove to have an extraordinary dimension to it. The extent of the assignment can vary as circumstances dictate. This can be a villain’s worse nightmare and your finest hour, maybe even an autobiography for future generations, simply priceless. Below is a recent video-documentary of a university professor fleeced of $2 million in lawyer fees followed by a preview of a book publication for a client in Pennsylvania. The book documentary was sent to CBS 60 Minutes. One of Leon’s submissions was also sent to its production department for a possible show. He was interviewed in his law office at one time by 60 Minutes host Morley Safer in a Sunday feature regarding homeowner rights.